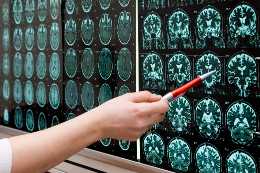 Note: Use of the word “spiritual” is not meant as a reference to any organized religion; instead, “spiritual” is meant to be understood as one’s spirit that needs to be mended or reclaimed.

“When the student is ready the teacher will appear”. (An old Zen and biblical proverb that has helped me hold on to hope since my devastating attack of Obsessive Compulsive Disorder in 1982.)

You are now the student and it’s time to seek out the proper teachers. Teachers you can trust. I know how hard it is to go shopping for doctors, therapists, support groups and so on, when you’re feeling like staying in bed all day or the OCD symptoms are keeping you stuck at the bathroom sink, washing your hands for hours or checking the locks one more time or rereading the sentence for the hundredth time or trying not think certain thoughts for fear it may harm your family or driving down that street just one more time or focusing on that red ink mark on the table trying to believe that it’s not a drop of blood that has been infected with the AIDS virus or any number of rituals, phobias, compulsions, obsessions and fears.

My willingness to do whatever to took to get better happened when I hit bottom in 1982. I remember when I was in the hospital with an extremely severe case of OCD. In fact my psychiatrist told me it was the worst he had ever seen, which made me feel even more mortified. (Later, that same man helped me save my own life.) I wouldn’t let any one touch me, I would wash my hands up to nine hours a day. I had germ and contamination phobias to the point that I thought dangerous germs were sneaking under the door to attack me in my sleep. I talked to people with my hands covering my mouth for fear that my germs may be spread to them. I spent hours on the toilet staining to void everything and using several rolls of toilet paper for fear of germs and contamination. My magical thoughts included harming people, especially family members, counting rituals specially avoiding the number six, symmetry and order as I walked down a street looking back to make sure I didn’t put my foot in anything that I construed as dirty or contaminated. And, plenty of guilt for anything that I could remember doing or saying to anyone that may have offended them in the past. I had it all. I was a mess. I was phobic about people, places and things. The OCD made my world smaller and smaller everyday. I went to bed exhausted from obsessions and rituals and woke up crying knowing it would start all over again. I wasn’t suicidal but I was praying for God to take me. Please take me away from this pain. I had hit bottom.

However, I was completely cognizant that my fears and phobias couldn’t be real because I saw others in the psych unit sharing food, hugging each other, washing their hands once and walking away from the sink. The world just didn’t operate the way I was thinking. Later in therapy a wonderful therapist told me that if the world operated the way I thought it did, we’d all be dead! A part of my brain simply didn’t trust my own thoughts. Sound familiar?

Bottom line: I had a wounded spirit, a wounded belief system and I trusted no one especially myself. What was I supposed to do with that wonderful scenario?

As soon as I made a conscious decision to let go of my ego-based thinking of doing it my way or no way, teachers of all kinds started to appear. Not just in human form but in new positive thoughts, ideas and belief systems. But, the spiritual minded teachers taught me the most and changed my life forever.

Prescription:
Trust that: OCD recovery is not a matter of will power or wishing it away. It’s a matter of admitting you are powerless over this disorder, you can’t fix it yourself, and it’s time to get help. Then and only then will you be ready to be a student of your own healing and the right teacher(s) will appear in your life.

I learned willingness the hard way when my extremely severe OCD hit me like a ton of bricks as I described in the Introduction. So bad, I had no choice but to be hospitalized for my own health. Phil, my psychiatrist, with my permission, actually drove me to the hospital and checked me in. I sat there in my room and an intake tech took my information. I actually felt relieved and a sense of comfort that something positive was happening to help the devastating pain of OCD. She listened to my story, took some notes, let me cry and then smiled and left. I sat on the bed not knowing what was next. I was waiting for a doctor, a Psych Tech, anyone to tell me what was next? Time went by and I eventually had to go to the bathroom, one of my major germ phobias.

There was some mix up with the rooms and I was displaced for a while. I had to use the psych unit’s public bathroom. A hospital public bathroom! Talk about fear. I was mortified. My anxiety shot through the roof. I panicked. I must of spent three hours in that bathroom in a cold sweat washing my hands over and over again. I put on a face of normalcy like most of us do, when men would come in and out of the bathroom. I was acting as if I was fine when I was dying inside of contamination and germ fears. I was exhausted but could not leave. I was stuck in obsessions and rituals. No one came in to check on me. Were they abandoning me? Were they testing me? Did they know I was struggling? Did they know I was emotionally dying?

Shaking and sweat running down my face, I finally forced myself out the bathroom door. I had missed lunch and dinner because of the time. I was furious that no one seemed to care. I called my parents and psychiatrist, Phil. Actually, the anger distracted the OCD for a while. Late that night the staff had a tray of food for me. I sat with my parents and Phil in the psych ward dining room eating and complaining. As always, Phil was gently explaining how things worked in the ward. But, what I think he was doing was introducing me to was the fact that I had to work too. No free rides. No one was going to save me. That pissed me off even more. Where was my savior? Where was the magic doctor that would heal me? That was the first of many days of kicking and screaming about one word that would start the healing. The word was willingness.

I had to be willing to feel all that pain before I could feel some relief. Sounds cruel and brutal but it was a truth for the recovery process to begin. The staff did not stage my bathroom incident. It was part of the process of healing. You cannot get to recovery by resistance. I found out the hard way. I had to feel the fear and surrender the resistance and replace it with something else. Willingness. I had to become willing to let go of my way of controlling the OCD and trust that there was a better way. Let me say that again; I had to become willing to trust that there was a better way to heal.

Prescription:
Trust That: Your resistance to be willing is your ego saying; “my way or no way’. Tame your ego, it doesn’t serve your healing. Trust your quiet voice that speaks softly and says; ” there’s another way to recover, I have to be steadfast in my willingness”.

We all need some type of anchor or parachute when times get tough with OCD. Here's one of mine.
Remember, the main answer to any “what if” question that OCD asks you is: “I don’t know.” JC 💙
... See MoreSee Less