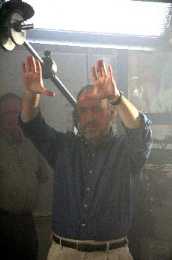 Awareness Films was started by writer/director James Callner in the early eighties. Our films are educational with a dramatic edge that will make you cry-happy. We have found that the quickest way to opening your heart – to educate your mind – is through the medium of film. In addition, we take our films on the lecture circuit, showing the film followed by an educational presentation about OCD.

Our films are distributed to schools, television, associations, therapists, health care providers, and are available to view free here.

The Touching Tree is the first film made about a child with OCD. It was produced by The International OCD Foundation and Awareness Films and Written and Directed by James Callner. Mr. Callner based the film on his own challenges with OCD. The Touching Tree has won 8 National and International film awards. It’s intent is to bring OCD awareness and education to the public.

In the Shoes of Christopher is a Story About a Bully and a Boy with OCD. The film was awarded best Independent Film from Kids First, The Coalition For Quality Children’s Media. Bullying around the world cannot be tolerated and those that are challenged with OCD are not immune from being bullied. This film is our attempt to give teachers, students and adults a look into what it would be like to be in the shoes of a teenager with OCD. It’s intent is to bring awareness and education.

This award winning short film explores the trails of a mother suffering from OCD and how her family copes. It reveals the presence and commonality of OCD in so many families and the need for education and compassion.