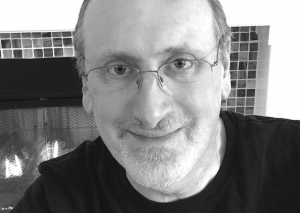 James Callner’s onset of OCD came when he was in his 20s. To this day, he continues his recovery with (CBT) Cognitive Behavioral Therapy and (ERP) Exposure Response Prevention Therapy, spiritual, medical, and holistic therapies and treatments, and has emerged as an OCD educator and a public speaker specializing in OCD and anxiety disorders.

Mr. Callner graduated from San Jose State University with a Bachelors Degree in Radio-Television- Film and a Masters Degree in Theater/Film. He holds two teaching credentials and started his college teaching and professional film-making career in his early 20s.  He has earned over 30 National and International film festival awards as well as critical acclaim for writing and directing films about physically and emotionally challenged individuals. He was commissioned by the International OCD Foundation to make the first dramatic educational film about a child with OCD, The Touching Tree. He went on to make In the Shoes of Christopher, a dramatic film about OCD and bullying, The Risk, a film about OCD and the family, and Hope and Solutions for OCD, a four-part lecture series with OCD professionals. All films can be found on the Films Page and YouTube.

Mr. Callner currently provides inspiration and recovery techniques through his OCD Coaching Videos and Words of Hope, and his articles and blogs can be found on OCD Coaching Videos/Facebook, YouTube, and other social media. He is author of It’s Matter of Trust ~ Hope and Solutions for OCD & How I Got Better, which can be found on this website, Amazon, Barnes and Noble, and Apple books.

Mr. Callner is available for speaking engagements. Use our contact page to get in touch with him.

James Callner lives with his wife Jeanine by the ocean in Northern California.