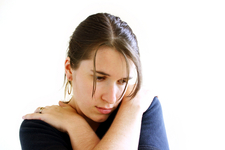 Why has CBT/ERP worked for me and what is F. E.A.R. really?

I believe it shifted and literally changed my brain structure and chemistry for the better by changing my distorted belief system caused by the medical condition of OCD. Sounds smart doesn’t it? But, the proof I found was in my willingness to try it and to witness firsthand that it worked for me. Clearly, if it worked for me, it can and does work for others! In fact, it’s been the strongest way I’ve found to break my OCD patterns.

Here’s the example I recently went though while writing this book.

My triggers were pulled again from the stress, loss and grief of my mother’s passing. That was the obvious analysis my therapists came to, along with my own thoughts of the passing of my last parent.

I never imagined the symptoms would come back this strong and so unrelenting, but they did. Now, I had to get back to some real serious recovery work. I had been coasting for too many years.

I was taking showers that lasted for an hour and 15 minutes and truly struggling; washing the walls in the shower, the repetitive motions of going over my body with soap again and again. Using a bar and a half of soap I stepped from the shower feeling frustrated, discouraged, exhausted and loaded with guilt, shame and self-judgment. And, that was just one of the compulsions. I didn’t feel like I had relapsed back to 1982 for I knew too much about recovery, but the relapse was frustrating and a struggle nonetheless. As I write this I’m doing my best to walk my talk in the most authentic way I can, and thankfully, things are getting better in a profound way.

And then my ego came into play. I was the one who was supposed to know how to manage OCD! I’m James Callner the filmmaker of The Touching Tree and lecturer on OCD. Right? If anyone should know how to deal with this, I should.

“Think again, Jim!” said the inner voice that had been soft for years and now was screaming bloody murder in my head.

As Phil had said so many years ago: “It’s not about knowing, it’s about feeling.” And now I know and feel it’s all about trusting.

I was having daily high-anxiety attacks and it felt like I had forgotten all of the tools I learned over 28 years. Where the hell did they go?

The Monkey Mind was out of control with guilt. I was having disturbing nightly dreams and waking up thinking and obsessing over suicidal thoughts, but not enough to act on any of them. To say it scared me horribly would be an understatement, but deep down I knew and trusted that I could come back — I had done it before with CBT/ERP.

Cognitive Behavioral Therapy and Exposure Ritual Prevention, or as I have called it in the memoir portion of the book, Exposure Response Prevention Therapy, was the key to my shift. And, believe me, all I wanted was a little shift, a little relief.

I prayed for relief. I talked to God asking for strength and connection, which I now do nightly. I’ll elaborate more on this later, and as I’ve previously mentioned in this book, I am not talking of a religious God, but my own belief in a higher power or energy both outside and inside of me.

So, I began CBT/ERP once again with the help of two therapists, but at first I had to do the actual Exposure on my own and without a coach.

Here’s how it worked for me. I made a detailed list of all my fears, obsessions and compulsions. Example: Fear of going to the bathroom and being contaminated; ritual using a whole roll of toilet paper to clean myself and then, an unhealthy dose of obsessive thinking that if I didn’t take a shower after I went to the bathroom, washing everything off, I might be contaminated and harm myself and others.

Next I made a list of the more doable or less frightening compulsions or obsessions I was willing to take on, all that was doable.

The key words were willing and doable.

Since I had so many years of CBT/ERP behind me I was willing to take on the tougher ones; however, I encourage you to talk to your therapist about your order. They do build on each other rather quickly. The brain does adjust once you practice facing your fears; at least it did for me. I suggest “doing what is doable,” being honest with yourself and at the same time, know you need to face those fears.

The easy ones or less anxiety producing ones may be more doable and that will give you confidence to take the next step to tougher ones. I found it was truly about being honest with myself and what I would be willing to do, pushing the bar a bit so not to get stuck in the “easier doable” mode.

Now on to facing those fears: I can tell you from my experience there was no way around my fears and I needed to go through them just as Phil had told me years before. The good news is after each face-off, I came out stronger and with a new, deeper knowing and feeling that these fears were just False. Evidence. Appearing. Real.

False. Evidence. Appearing. Real. So what does that acronym mean? I’ve been saying it to audiences for years. To me, the OCD has always brought me false fears. That is fears that have no basis in reality. None of my fears that have been OCD related have ever come to pass. Many examples are in this book but for years I have had a fear of driving past a garbage truck for fear of germs coming off the truck and into my window and attacking me. Another false fear I’ve had for decades is the fear of contaminating someone if I shook his or her hand or vise versa. Those false fears and a multitude of others have absolutely no evidence to support them. None — or we’d all be sick. Newspapers and the Internet would be cluttered with reports and warnings about driving past garbage trucks and shaking hands with others but you just don’t see that. Ever! No evidence for my false fears. Remember Joe and his fear of the sign?

But, boy do they appear real. So real, in fact, that I’m compelled to obsess over them and do compulsive rituals to calm the obsessions. Thus, False. Evidence. Appearing Real. Or F.E.A.R.

Or as one of my therapists put it F.E.A.R.= Forgetting Everything’s All Right.

Now once I challenged the OCD, I’d weaken it. That’s what ERP does; it weakens OCD every time you do it. Whether you do a full Exposure or part of an exposure you are taking the strength out of the OCD and shifting your brain chemistry for the better. It takes a commitment to daily practice but it does get easier. The brain habituates to normalized thought and behavior and OCD becomes fleeting.

Let me repeat this: It takes daily practice but it does get easier.

For example, if I drop my keys in a parking lot an OCD thought will rush in for a few seconds, but it just doesn’t have the same power anymore.

So you know what I do?

I pick my keys off the ground and move on. Simple for most, freedom for me.

The slogan my wife and I worked on for my ERP was I choose Freedom. That’s the ultimate bottom line. Don’t you think?

All we ask for is a daily reprieve. Here are three things you can do to get there. JC 💙 ... See MoreSee Less

Here's the question; when one has most or all of the material things they need in life, they have enough or just enough money for daily food, rent or mortgage, and external needs as doctors, meds, etc. When you are pretty much set with all those material things, how can you still feel so lousy? It may be a dumb question but I'm in that place lately. I'm retired and we are not rich but have enough to meet our needs and then some. But, there are definitely days and parts of days that I just feel sad that I still deal with flare-ups of OCD. What to do? Well, if I can catch myself and not be so reactive to fears, I get into acceptance that I have OCD - but I have tools to work with it when it bullies me. I catch myself thinking about a future fear that has not happened and most probably will not. I catch myself thinking about the past that I have little to no control over now. And, if I really step back from my reactive state and breathe, I start to calm down and accept the only thing that is really real is the present. When I do that I actually feel my body and mind relaxing. Yes, even if all is going great on the outside you can feel lousy on the inside. The answer in my experience is to catch yourself and step back from the reactive state of mind by using your tools of mindfulness or just breathing and be in the moment. And, be grateful you have some tools. I have to do that more and more as we come back from a very scary year and a half. I can do it and you can too. JC <3
( Yep, I happen to like blue.)
... See MoreSee Less