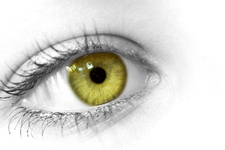 Excerpt from James Callner’s upcoming book on OCD:
“It’s a Matter of Trust ~ A Memoir of Hope”

I was now working part time at the college teaching night courses. The OCD was manageable but I was only two years out of the hospital and it was a daily struggle to be on my own and continue my re-entry into life and the living.
The college where I work is nestled in the hills of Saratoga, California; a small, charming city and a beautiful campus. To get there I would drive an easy three miles down an expressway called Highway 9.

Highway 9 was one of the more beautiful drives in my area. A two-lane expressway cut through rolling hills with lush trees and breathtaking mountain views with a speed limit of approximately 45-50 m.p.h. depending on the area of the road. I had driven this lovely stretch hundreds of times before the onset of the OCD.

That night a new symptom appeared. I was driving when suddenly I felt a light bump in the road. Not a jarring bump but a light bump. I drove on for a block and a horrific thought came into my mind.

I tried to let go of the thought but as the old saying goes, try not to think of a pink elephant. Now, try it with the neurological imbalance of OCD!

So, I stopped the car at the first turnaround and went back to check. My first mistake.
I drove down the street looking for anything I might have struck. There were shadows that might have been something but I wasn’t sure, so I turned around once again and retraced my path. Those old shadows disappeared and new ones surfaced that could have been a shadow of a dead animal.

My anxiety went from a 3 to a 7, and then escalated to a 9. Not quite a10 yet on the scale of full-blown attack.
I turned the car back again and put on my bright lights and slowed down. There wasn’t much traffic as it was now 11:00 p.m. at night. I saw nothing, but everything. Shadows, garbage, any and all looked like it could be a dead animal and this “unseen victim” or death was beginning to feel as though it was my fault.

Guilt crept into the scenario.

It started to rain. I was now checking the same path again and again, some 30 times or more. Turning the car back, stopping, backing up, stopping again, turning around, stopping, retracing and looking for anything yet finding nothing – I could not stop.

My obsession that I hit something was now in high anxiety mode. I was at a 9.5. Not quite out of control but damn close.
“If I just go home the animal I hit may still be alive. But maybe I could save it.”
“I may have just killed a living thing. I have to know if I actually ran over something”.
“Should I check again?”
“I can’t stop.”

I was on that road for four hours checking the same path over and over again. My anxiety was now at a 10. I stopped the car and got out and started to walk around the area on foot. Rain was now pounding down but all I could focus on was finding a dead animal that didn’t exist.

A police car pulled over next to me.

Now, I was in full panic. I got in my car and drove on. The officer drove past me. I turned around and drove the three miles, the entire length of the road, to start looking all over again.

I was a determined to find something to relieve the panic but I also had a sinking feeling that if I did find something, I would fall apart even more. A double bind.

In the pelting rain, I drove slowly and in the middle of the road, came across the body of a dead squirrel or raccoon. This, however, was not the area where I felt the original bump.

I pulled over, parked, and got out of my car. From the sidelines, I stood in the rain and just starred at the animal. My mind raced.
“

The sound of the rain and wind fell silent as I focused on the body of the animal. I was looking for any movement.
Suddenly, a massive truck passed in front of me and ran over the animal!
I literally screamed.
“My god!”

I quickly got in my car and raced to my apartment. I was drenched from rain and sweat. I was in shock and in panic. I didn’t know what to do with my emotions. I was feeling a variety of out of control emotions: Obsession, embarrassment, guilt, anxiety, panic, frustration, and anger.

Finding any light in that darkness was a challenge that I was in not in shape for.
“There must be someone I can call. Did I run over something or not? I can’t take this!”
“Who can I call? Who should I call? Who would believe this?”

I called my parents who had followed my path from the onset of the disorder to hospitalization to my present struggles. My father gently calmed me down and said, “call animal control for the roads.”

The words “call animal control” for some reason shifted my anxiety. I started to calm down. I began to come back. The OCD trauma and drama slowed down. The darkness was slowly beginning to dissipate and things were shifting into perspective.
Why?

I can only assess now, so many years later, that the cause of my calming down was that by calling another person and letting them in on my embarrassing secret, my fear and the guilt ridden OCD experience freed me in some way. In my case if was a parent. And at that moment, I was not so alone.

I wasn’t trapped and alone with the irrational OCD fears any longer. I have voiced my fear. I didn’t have to hide and live the dark secret or obsession by myself. With one phone call my parents understood to the best of their ability and didn’t judge, but rather, empowered me to call Animal Control. The Highway Animal Control would take over. I didn’t have to solve this on my own and the truth was, I could barely take care of myself.

Back on that dark and rain slicked stretch of Highway 9, I could have told the officer the truth, but in the crippling throes of the obsession, I didn’t have the ability.

I always smile when I hear others carelessly toss out the words;
“You needed to take responsibility.”
Responsibility = responding with ability

I’m all for responsibility but that night I was stuck in the abyss of compulsions and obsessions about running over an animal, and in no shape to respond with any level-headed, constructive ability.
I needed a champion. I needed a little help.

The help wasn’t always available for me but fortunately on that night, after hours of being stuck in OCD symptoms, the light came from a phone call to my parents followed by The Highway Animal Control – and it was over – just like that.
It was not a magical beam of moonlight accompanied by melodic violins that came though the clouds to save me as it so often happens in the movies, but that night it sure felt like it. Finding the light in darkness surprisingly comes in all forms.
From that horrible experience an invaluable lesson was forming that I would come to embrace much later in my ongoing challenges to find balance. Champions and support networks are vital when I am unable to lift myself up and out of the dark. And, as I mentioned before, they were not always there for me. I had to seek them out. For that, I would take responsibility.
The true champion, however, was always within me. I would come to learn that much later in my healing

Copyright 2011, by James Callner MA. www.afocd.org
Content cannot be reprinted without the express permission from the author

Keep the faith everyone. We will get though this rough time in our country. I have hope lots of hope. 🕊 ... See MoreSee Less

For 2021
OK, this is going to sound really weird - but take a moment and think about this and maybe try it in 2021. When I was in high school about 10,000 years ago, I had a very nice girlfriend who was a cheerleader and like me, she was also in many of the musicals and plays at the school. I never was one for football, but when your girlfriend is one of the cheerleaders at the game, you go. I remember she had a specific routine down pat. I mean, she did every jump and move exactly as she had practiced. Now, cut to adulthood and how I've been dealing with OCD for about 38 years. Among other things with me, OCD exhibits itself in the shower with over washing and constant obsessive thoughts. I was taking over an hour to shower and I know many of you take much longer. But, I got some ERP coaching help and learned a completely new and different way to take a shower. A new routine and it threw OCD completely off center. I even made a coaching video on it - can you believe that!? "The Top Down Jim Shower" I'm now getting done in around 20 minutes and if I really do the routine as it was taught to me, I can get done in minutes. OCD is dysfunctional (or functioning in fear) behavior and thoughts. And, when you learn or relearn a functional way of behaving and thinking, you have to practice the routine kinda restlessly or just as relentless as OCD tries to interrupt it. So whenever I feel or think an OCD thought is coming on in the shower or any time I say to myself - get back to the routine. At 67 years old I'm not a cheerleader - but I certainly can do the routines. You can too. JC <3
www.youtube.com/watch?v=50Y4XGpGF1E
... See MoreSee Less

Bottom line: OCD can invade your morals or what you care about. Do not take those thoughts seriously, OCD always lies. And, anchor yourself with the fact that thoughts are not actions. JC <3 ... See MoreSee Less